Skip to Content
By continuing to use this site, you agree to the use of cookies. Find out more
Home Featuring The Very Best Vegan Banana Pudding, Southern – Style

I just lean toward savory

Yeah, I know it’s a strong assertion and I know my culinary strengths and weaknesses very well. I can cook. I can cook very well and I state it with great confidence. I also LOVE to cook, so that may explain why I am so good at it. You tend to excel at the things you love.

However, I have had what I once considered a chink in my kitchen armor. When it comes to vegan desserts, especially baking, let’s just say I’m not as confident. Why? I very rarely bake or make my own desserts. It’s not that I can’t do it and do it well (especially with a good recipe <= I can’t wait to get Black Girl Baking by Jerrelle Guy!). Baking and desserts just ain’t my thang.

But I have a sugar tooth

But just like everybody else, sometimes I want something sweet. And this time (before I wrote this post), I serendipitously had every ingredient I needed in the house to make this amazing vegan banana pudding. This never happens, so this recipe almost HAD to happen. It was ordained. 🙂

Try it out and let me know what you think. I really already know, but I want to hear you confirm the truth. This vegan banana pudding is indeed the best. After that, follow me on instagram @daphnedebauchee and tag you pics #debaucheedoesit 😉 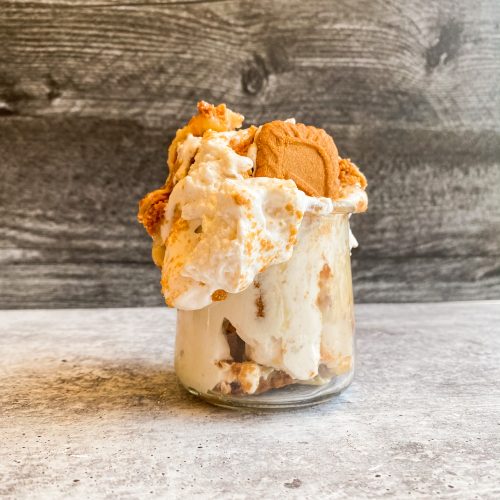 This site uses Akismet to reduce spam. Learn how your comment data is processed.

Hey there, you! I sincerely thank you for dropping by my site.  I am a vegan chef who leans toward the fancy. I love researching and adapting foods from around the world. It’s one of the things that make vegan cooking so fun. I’ll also use my little space here on the web to talk style, travel, and occasional randomness. Always know that no matter what, I try to incorporate beauty into every aspect of my life. You too? Cool. We go together now.

Go ‘head. Gimme your email addy. I won’t spam you and sometimes I have prizes!